Based in Rhyl, on the North Wales coast, we are a small family run company, specialising in the manufacture of made to measure wooden gates, side hung garage doors and general joinery items. We have made our own range of gates and garage doors since 1989, but our experience in carpentry and joinery stretches back much further than this – three generations – and everything we manufacture is still based on this knowledge.

It started with William… 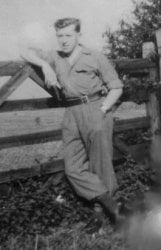 during his apprenticeship as a Carpenter and Joiner during the 1930s. Born in 1922, he volunteered for service in the RAF during the Second World War, where he drove ambulances in France and later Holland.

At one point during the war he actually made wooden tops for Wylie Jeeps, before being recalled home for the grim task of making coffins for the war effort.

He completed his apprenticeship during his time in the RAF, and after the war, when consumer goods were in short supply, friends and neighbours would ask him to make cots, high chairs and toys from scrap materials.

He worked for several large construction companies during his time as a Carpenter and Joiner, including a spell working on liners for Cammell Laird.

Was continued by Bill… 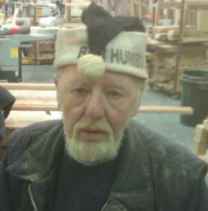 Bill Gates who makes gates (and other joinery items!)

William’s son, Bill, was born in 1948 and decided to follow his father into woodwork. He served his apprenticeship with a major construction company between 1965 and 1968, passing his City and Guild’s Advanced Craft Carpentry and Joinery with credits.

Also, serving in the Naval Reserve, Bill travelled to HMS Sultan in Portsmouth to take a trade test to become a Shipwright Mechanic Joiner. This involved making a swiveling drop-leaf table which was completed earlier than expected, so Bill was put to work refurbishing the horse box that belonged to the Admiral’s wife! Bill worked for other carpentry/joinery and construction firms until the late eighties, when he started his own business. 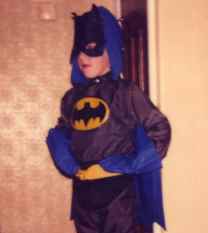 After this time, Jon spent his time gaining further experience on construction sites, before teaming up with Bill in his workshop, where he still uses some of his Grandfather’s original tools (they don’t make them like they used to!). 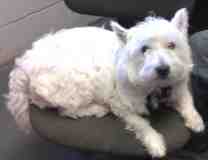 This page would not be complete without a mention for Ted Westie, usually found flat out asleep on the office chair – how he manages to sleep with the noise going in in the workshop I will never know.

What he lacks in joinery skills, Ted more than makes up for in the cute factor – so much so that numerous customers and sales reps often return with all manner of treats for him.

He lists sleeping, eating chicken, Facebook (over 200 friends and counting!) and egg boxes (don’t ask!) as some of his favorite things!
Ted Westie hard at work!

When asked about the quality of our workmanship, his reply was

they make timber gates and garage doors that are not to be sniffed at!

You’ll find Ted throughout our blog – he has to earn his keep somehow!