You may or may not be aware that UK law will shortly be changing to include the new EU Timber Regulations that come into force on 3rd March 2013.

What are the new EU Timber Regulations 2013?

The new regulations are to counter the trade in illegally harvested timber are, as I understand it, aimed at those who put the timber onto the European market in the first instance. 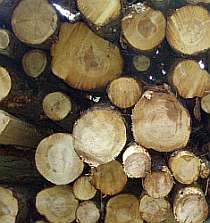 So in the first instance the onus is on the Company who places the product onto the EU market for the first time. However, if you’re using timber in Europe, then you will still need to be aware that the regulations don’t end there as…

Once on the market, the timber and timber products may be sold on and/or transformed before they reach the final consumer. To facilitate the traceability of timber products, economic operators in this part of the supply chain (referred to as traders in the regulation) have an obligation to:
Keep records of their suppliers and customers.

It is also important to note that the EU Timber regulations cover both imported and domestically grown timbers.

What’s the difference between an Operator and a Trader?

So, how will it effect the end user?

If you’re buying your timber from a reputable timber merchant then there should not be too much change, as no reputable timber merchant would be presently bringing in timber from illegal milling operations – whatever short term gain they would get from doing this would be heavily outweighed by financial penalties, bad press, and, not to mention, being expelled from the various trade associations and foresty organisations that they belong to.

Other than the keeping of records of who has supplied the timber we’ve used (something we currently do anyway), then I don’t see too many changes to how we already work.

The only changes I can forsee at present are that the timber merchants may well drop certain ‘hard to trace/prove origin of’ timbers (whilst not illegal, some timbers can be extremely difficult to trace to their source); if this proves to be the case, then I can also see the prices of the ‘easier to trace/prove origin of’ timbers jumping in price as demand for these increases.

Is the EU leading the way in this regulation?

More detailed rules on the EU Timber regulations are set to be announced on 3rd June 2012.

*Quoted text in italics from the European Commission website, listed above.

or email a question to enquiries@woodworkersuk.co.uk